Over the course of the past week, there have been another 58 NBA games that have been played, bringing the total number of games played to 151; over ten percent (12.28%) of the season complete. To date, we still have one undefeated team (Golden State, 11-0) and one winless team (Philadelphia, 0-10). 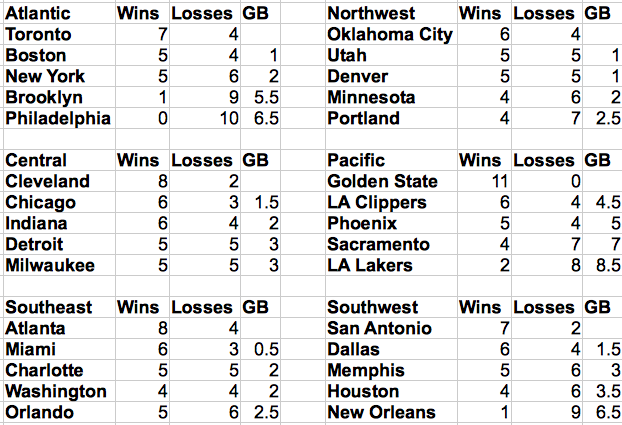 Using the beta regression model, we are able to build an updated power rankings. The pseudo r-squared value is an exceptionally high 0.7223, indicating a relatively strong fit for modeling outcomes of games. 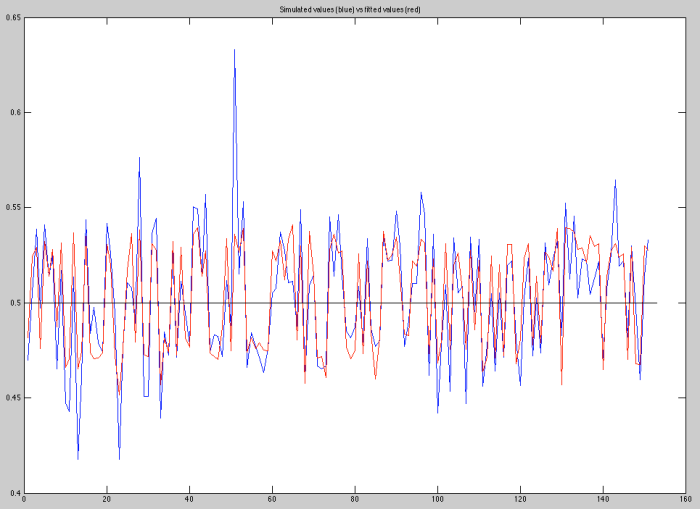 Beta Regression model fit of scores (red) to the first 151 NBA games (blue) of the season. The black value indicates the decision boundary for predicting the winner. Every game is (retroactively) predicted correctly.

We see the beta model fits relatively well. Retroactively fitting the model to the 151 games, if the model is above 0.50, then the leading…