Well my 2 favorite NBA teams in the Las Vegas Final of Summer League 2015 !!! Hope the same in NBA next season too ! And great job and credit to Becky Hammon.

Allez allez: the Tour de France is one of the most gruelling, but rewarding, races

It’s one of the toughest races in the world covering more than 2,000 miles in 21 days. This year’s Tour de France will once again push contestants to the limit, with seven mountain stages, four of them in the French Alps. Gavin Green gets on his bike and experiences the gruelling course first hand

Ride over the summit of the Col du Galibier and all of France seems to lie below. Beneath and around, sharp daggers of granite point skyward and giant glaciers carpet the slopes. Clouds, some far below, cling to nearby peaks, migrating with the wind. There are no trees. It’s too high.

In front, a winding ribbon of tarmac plunges down the mountain, the road bordered by rocks and mounds of snow. Fall and you’ll get hurt.

On a day when we were expecting all the action to happen on the descent of the Col de Manse, Rubén Plaza made a brilliant tactical decision and attacked on the ascent. His minute advantage as he crested the summit was more than enough to hold a rampaging Peter Sagan at bay to take the biggest victory of his career and ensured that his Lampre-Merida team get to crack open the bubbly tonight. The GC contenders flexed a few muscles with Vincenzo Nibali (Astana) gaining a few seconds with a trademark attack.

CYCLING – Peter Sagan has earned €46,080 in the first 16 stages of the 2015 Tour de France. This is more than 18 teams have earned so far. Sagan is followed by three time stage winner André Greipel and leader in the general classification Chris Froome.

At Home On The Court

On Wednesday afternoon, before the first match of the World League Finals in Brazil, official FIVB commentator Paul Sunderland revealed that he was really looking forward to this event as best World League finals for years.  The reason? Teams took World League more seriously this year and played a lot more with their top players.  I agreed completely.  Sadly, it was one of the few moments over the ensuing five days that Paul and I agreed on something.  But that isn’t important.  What is important are the questions that were raised over those five days.  I will attempt to answer them.

Does this mean France the best team in the world? No. It does not. Most of the top teams played this tournament at their maximum and twelve months on from last year’s World Championships, all three medallists were different.  Every team in Brazil won at least one match.  Serbia…

For a Davis Cup quarter final, many tennis fans expect to see many of the ATP’s top 100 ranked players.

However, for this past weekend’s tie between Canada and Belgium, it was hardly that for the Canadians.

The Canadians were without their usual heavy hitters this weekend in Pospisil and Raonic, both of whom are recovering from nagging injuries. Raonic had foot surgery earlier this year and had it flare up on him during Wimbledon, while Pospisil is nursing a sore wrist which is most likely caused by the ridiculous amount of tennis he played in a week at Wimbledon.

The tennis scheule does not leave a lot of time for reflection.  One Sunday Novak Djokovic is vanquishing Roger Federer for his 3rd Wimbledon title, and the next Sunday Andy Murray is defeating Gilles Simon to secure Great Britain a semifinal berth in Davis Cup play for the first time in over 30 years.  Here are some quick takes on the weekend’s action:

After day 1 of the Davis Cup Team Australia found themselves in a bit of trouble and in the headlines again with Nick Kyrgios and Thanasi Kokkinakis both losing their first singles matches on the Friday to give Kazakhstan a 2-0 lead and one win away from the semi-final. Only 8 times in Davis Cup history in the past has a team come from 0-2 down to win 3-2.

On the Saturday it was over to the experience of Lleyton Hewitt and Sam Groth to keep Australia in the tie and they certainly did that. Groth and Hewitt secured a 6-4 7-6 6-2 win against Golubev and Nedovyesov.

In the early hours of the morning it was up to Groth and Hewitt to do their bit and they certainly did that! Sam Groth levelled the tie at 2-2 with a 6-3 7-6 4-6 7-6 win against Mikhail Kukushkin and then…

It’s Tuesday so bring on the links

Becky Hammon lead the Spurs to a Summer League title

1) MLB scoreboard
2) You’d love this ringer on your team
3) The 30: Second half teams to watch
4) Rumors abound

1) NHL expansion applications
2) OH NOW YOU WANT AN EXPANDED PLAYOFF!?!?!?
3) That’s one way to deal with the rain
4) Zach Johnson joined the company of five others on Monday at St. Andrews

A co-founder of Grooveshark, an early leader in music streaming that recently closed under threat of crushing financial penalties to record labels, has died at 28, police said Monday. Josh Greenberg died at his home Sunday evening in Gainesville, Florida, the university town where he helped launch the site in 2006.

The cause of death was unclear but there was no evidence of foul play or suicide, the Gainesville Police Department said on Twitter.

Greenberg, who lived with a girlfriend who was away for the weekend, had been planning new projects and was « more relieved than depressed » by the end of Grooveshark, his mother, Lori Greenberg, was quoted saying by The Gainesville Sun newspaper.

Grooveshark was one of the pioneering sites that offered unlimited, on-demand music, but, unlike later platforms such as Spotify, the company initially had few licensing deals with record labels.

With its young, entrepreneurial spirit, Grooveshark had… 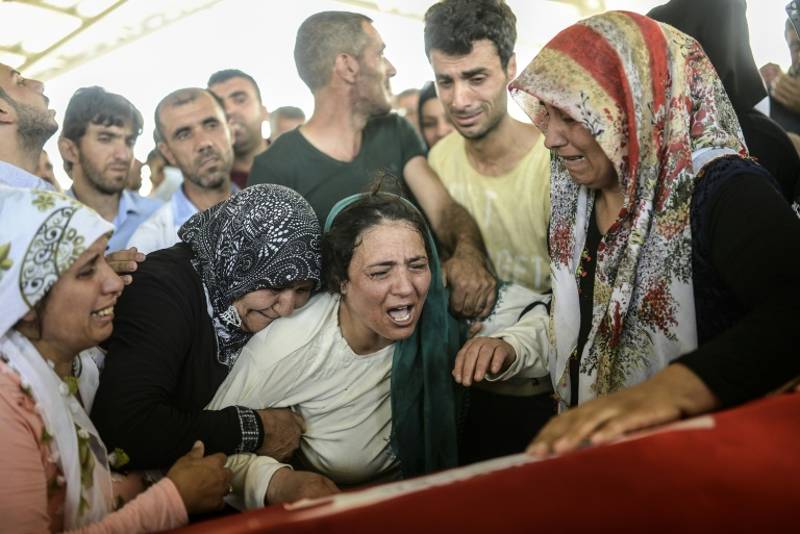