My first glimpse of the Sydney Opera House was from the window of our Qantas plane as it descended toward Kingsford Smith Airport. I remember feeling a jolt of excitement. Australia had been at the top of my travel ‘to-do’ list for a long time, and seeing the Opera House let me know that after 20 hours of flying, we were finally here! For me, the Sydney Opera House has always been one of the most iconic symbols of Australia, and to see it first hand would allow me to cross another thing to cross off my bucket list. We took a guided tour of the Opera House on our first day in Sydney. Walking around inside and seeing it up close allows you to truly appreciate what an engineering marvel this structure is. As a photographer it’s even better, as the Opera House does…

Goalkeepers are usually not the most expensive players in the squad, but in 2001 Juventus paid a record fee of €52.88 million for Gianluigi Buffon.

Bayern Munich and Germany keeper, Manuel Neuer, follows in second spot, while David De Gea’s deal to move to Old Trafford made him the fifth most expsensive shot-stopper in history.

Cech, meanwhile, is in ninth place, but many value his €14 million deal as a great bargain for the Gunners.

Here the top-10 most expensive keepers in history

Gabriel Hanot: the France coach who called for his own head | Philippe Auclair | Football | The Guardian.

Players from these tournaments are the superstars of tomorrow. Scouts from various club are present in this tournament, looking for the next superstar or bargain.  I’ll admit to not having watched a single game, but there were a few obvious observations that I could make –

William Carvalho – The CDM powerhouse took control of  portugal’s midfield. Spraying passes, making interceptions and tackles. He was absolutely everywhere with his long, giraffic strides which draws comparisons to Yaya Toure. A beast. Linked with Arsenal last summer, and this summer as well. Awarded the best player of the tournament.

Benardo Silva– Lit up the tournament. On loan to Monaco last year, the 20-year old played as a false 9 for Portugal dancing around defences with twinkle toes and a pinch of pixydust

John Guidetti – The  23 old, who seemed to be at Man City for forever,made only 1 senior… 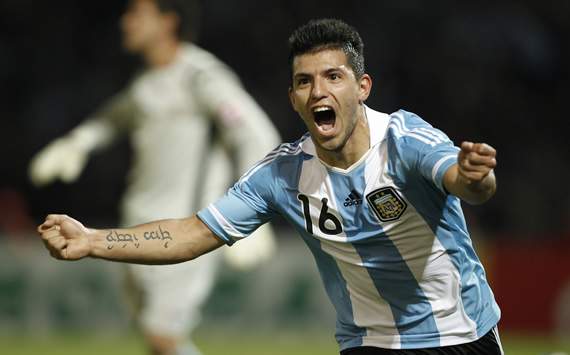 Argentina’s offense finally came to life when they put a 6-1 whopping on Paraguay in the semi finals. The pressure was building and It was only a matter of time before this offense exploded, look for that to continue in the final against Chile.  The offensive trio of Sergio Aguero, Angel Di Maria and Lionel Messi seemed to be clicking on all cylinders in the semi final. This trio has to continue to attack the Chilean defense. Argentina won’t have much space in the center of the pitch, so the distribution of the through ball is important here.

Look for Messi to control the middle of the pitch and get his first goal of the tourney. He will be followed around by a very tough Gary Medel. Medel will have to be at his…

American Independence Day is a very fun experience if you ever get the chance to visit the USA during this time!
There are many foods and activities to choose from!
But what is July 4th? Why do Americans Celebrate it?