« Today I announced that I’m going back to the BNP Paribas Open at Indian Wells. It’s a big moment for me, and one that I want to share with you. Watch as I share my thoughts on returning and enter to be my guest at the tournament here:http://bit.ly/SerenaOmaze »

For the fourth time in five years, it’s the Djoker who laughs last in Melbourne. His four-set besting of Andy Murray was Grand Slam title number eight, and his fifth Down Under (a record in the open era). While those two iconic hall-of-famers, Roger Federer and Rafael Nadal, both lost early, Djokovic cut a swathe through his section of the draw, straight-setting Fernando Verdasco – a dangerous floater in the first week of Slams – and cuffing aside 6 ft 5 in Milos Raonic, a player who thunders down serves akin to the hammer of Thor. Only defending champ Stan Wawrinka, in the semifinal, could take Nole the distance, before collapsing in a blancmange-esque final set, losing it 6-0.

There is no one so fitted as Djokovic to playing tennis in this era, one of slow courts, poly strings and two-handed backhands. Since the 1990s, when Pete Sampras, Pat Rafter and Stefan…

Charlie Sifford, who only wanted a chance to play and broke the color barrier in golf as the first PGA Tour member, died Tuesday night, the PGA of America said.

Sifford, who recently had suffered a stroke, was 92. Details of his death and funeral arrangements were not immediately available.

« His love of golf, despite many barriers in his path, strengthened him as he became a beacon for diversity in our game, » Sprague said. « By his courage, Dr. Sifford inspired others to follow their dreams. Golf was fortunate to have had this exceptional American in our midst. »

A proud man who endured racial taunts and threats, Sifford set modest goals and achieved more than he imagined.

Sifford challenged the Caucasian-only clause and the PGA rescinded it in 1961. He won the Greater Hartford Open in 1967 and…

Rory McIlroy can now focus of his putting after settling a protracted legal dispute with his former management company.

The World No.1 avoided a potentially drawn out court case in Dublin, Ireland, after attempting to sue Horizon Sports Management, who in turn were counter-suing the golfer by claiming the Northern Irishman owed them millions of dollars in commission on contracts up to 2017.

The contract McIlroy signed with Horizon was labelled « unconscionable » by the golfer himself.

A joint statement from McIlroy and Horizon said:

« The legal dispute between Rory McIlroy and Horizon Sports Management has been settled to the satisfaction of both parties who wish each other well for the future. The parties will be making no further comment. »

McIlroy reportedly paid $22.8 million plus costs to settle the case.

In an CNN interview, he insisted the case had been about taking control of things himself.

Midge and Tim stop laughing for just long enough to look back on the Tour Down Under and J-Bob’s Hour attempt, and wave a fond farewell to the king of ‘riding immodestly’, Cadel Evans.

It has never ceased to amaze me how football (soccer, in Australian parlance) has always been the poor cousin of Australian sport.  Many other forms of  « football » have greater attendances.  These include rugby league, rugby union and Australian Rules football.

Football, commonly regarded as « the world game », although played widely throughout the country at junior levels, fails to attract and support the game at national and international level.  The Hyundai A-League has gone some way to putting Australian football on the national stage, but the competition supports only ten teams, and one of those is from New Zealand!  I would have thought that ther national competition could have supported more teams. The English Premier League supports 20 teams, 4 other divisions or leagues and two Scottish divisions. Any talented player in Australia must seek an overseas club to play for if they are getting to make a decent living from…

Three appearances. Two consecutive finals. One Asian Cup. The first host nation to win the tournament in 23 years. These are the raw facts after Australia defeated South Korea 2-1 in extra time on Saturday night to equal England’s feat of winning a single major international trophy. Australia are now Asian Cup champions courtesy of goals from Massimo Luongo and James Troisi.

But these are not the only facts, or even the ones that matter outside of Australia’s historical victory. The 2015 Asian Cup has been a tournament unlike any other in the nearly six-decade history of the tournament, such that one might think Asian football has finally come of age. It has, after all, followed on from a 2014 World Cup where Asia’s representatives all performed below par even if their efforts were often heroic. Australia had lost all three and the losing run continued after the tournament, significantly dampening fans’ optimism ahead of the Asian Cup. Japan and South Korea…

Not The View is proud to say that we are among the venerable old fanzines on the Scottish football scene. However, some twenty-odd years and over two hundred issues old as we may be, we ourselves were predated by some 26 years when it comes to Celtic fan publications.

“The Shamrock” was a supporters’ publication aimed directly at the real grassroots Celtic fans, and although it is difficult to pinpoint exactly when it first appeared, its heyday seems to have been between 1961 and 1963. A5 size and consisting of 8-12 pages of typed text which looks as if it might have reproduced by means of Gestetner skins, it was a hard-hitting piece of samizdat that proved to be remarkably ahead of its time. The period from the mid-sixties until the departure of Jock Stein might have silenced many of the club’s critics, but when the Big man…

In Off The Crossbar

Slamming shut just a few hours ago, the 2015 winter transfer window did not fail to deliver plenty of excitement and intrigue over the course of the month of January and first couple days of February. Not every club emerged with a host of good signings and sales, though. For every team that managed to capture an under-the-radar star, another one got stuck with a washed-up midfielder or let go of a key player for pennies. For every Suarez to Liverpool, there was a Torres to Chelsea. There have been clear winners and losers coming away from this mercato period, and while some clubs have pleasantly surprised, others have strangely underwhelmed.

For once the Rossoneri actually managed to pull of a very good period of transfers. Signing on six, SIX players, Milan addressed all of their needs while not weakening themselves with sales. Bocchetti and Paletta provide…

The imminent arrival at the Stadio Olimpico has revealed his admiration for the club captain, as well as praising the Giallorossi’s exciting brand of attacking football 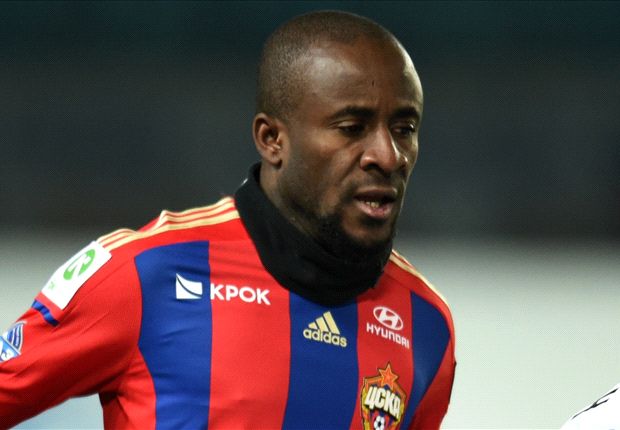 CSKA Moscow ace Seydou Doumbia has revealed that he has decided to join Roma in order to play alongside the « monster » that is Francesco Totti.

The Cote d’Ivoire forward is currently away on international duty at the Africa Cup of Nations but is nonetheless expected to complete a €15 million move to the Stadio Olimpico before the close of the winter transfer window.

Indeed, Doumbia cannot wait to join Rudi Garcia’s attack-minded side, admitting that he is particularly excited by the prospect of teaming up with the club’s iconic captain.

« I have chosen Roma for their offensive football and in order to play with a monster like Totti, » the forward is quoted as saying by the Corriere dello Sport.

Roma midfielder Kevin Strootman requires further surgery on his knee after aggravating the injury in the 1-1 draw with Fiorentina on Sunday.

Strootman was substituted in the 34th minute at the Stadio Artemio Franchi – just his sixth Serie A appearance since returning from an anterior cruciate ligament injury, which he sustained in March last year and which caused him to miss the World Cup.

Coach Rudi Garcia played down the injury, but the club confirmed on Thursday that Dutchman will go under the knife on Friday.

« The examination revealed a mass of fibrous tissue (known as Cyclops Syndrone), which it is advised should be removed.

« The player is due to undergo arthroscopic surgery in Amsterdam tomorrow, during which the ligament will also be assessed. »

AC Milan have announced that Roma attacker Mattia Destro has accepted their offer to join the club on loan until the end of the season, with a view to permanent transfer.

The Rossoneri were desperate to add some fresh blood to their attack following their disappointing performances in the first half of the season and CEO Adriano Galliani already revealed on Wednesday that Destro was considering moving to San Siro.

The 23-year-old has now decided to join Filippo Inzaghi’s side, resulting in a return to Milan for a player who started his career in the Inter youth academy and also wore the jerseys of Genoa and Siena before joining Roma in July 2012.

The striker had since scored 24 goals in 57 Serie A appearances for the Stadio Olimpico side, but he was mainly warming the bench this term and has therefore been allowed to move on.

Every Monday I will be providing a run-down of the previous week’s top stories from the wide world of soccer. This week will cover a series of brilliant transfers, Bayern getting dicked, and the Asian Cup Final.

1.) Schürrle to Wolfsburg, Salah to Fiorentina, Cuardado to Chelsea

It’s no secret that I hate Chelsea with the passion of a thousand burning hearts, but damn if this isn’t a good bit of business. It literally benefits everybody involved. I don’t think I’ve seen a series of signings this good and this mutually beneficial in…ever? Chelsea and Wolfsburg–two title-contending teams–get upgrades on their left wings, and Fiorentina (a club that usually aims for a high Europa League spot; think Spurs, but Italian) gets a young player with insane potential and no wages that they should be able to sell for a dickload of money four years from now. More on that…