Matisak's Blog (A Stamp on the World)

So we have official candidates for EU High Rep. with Kristalina Georgieva, Federica Mogherini and Radek Sikorski. It still can happen that the job will go to another person, and The Financial Times claims it will go to Mogherini, but if you look at those three candidates are they all up to this job in your opinion or not, in general is it a good roster? Read few comments.

European Union leaders are set to decide who will get the prestigious job as the 28-nation bloc’s foreign policy chief for the next five years.

The heads of state and government are widely expected to nominate Italy’s Foreign Minister Federica Mogherini at Saturday’s summit in Brussels as part of a package deal that includes other top appointments.

The decision on incumbent Catherine Ashton’s successor comes as the crisis at the EU’s eastern border pitting Ukraine against Russia poses one of the biggest foreign policy challenges for the bloc in decades.

Ashton, whose term ends in October, has been a frequent interlocutor for U.S. secretaries of state and chairs the negotiations on Iran’s nuclear program.

The 41-year-old Mogherini, Italy’s foreign minister only since February, has been criticized for lacking experience. 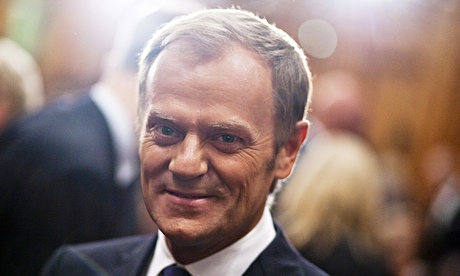 EU leaders have unanimously chosen Poland’s prime minister as president of the European Council, giving a country from the ex-Communist bloc its first European leadership position since the fall of the Berlin Wall.

Donald Tusk, who will now chair all EU summits and represent the bloc’s prime minsters in legislative fights, will be joined atop the union’s Brussels-based bureaucracy by Federica Mogherini, the Italian foreign minister who was chosen EU foreign policy chief.

Mr Tusk, the centre-right premier since 2007, had faced some opposition from Europe’s centre-left Socialists and other leaders concerned that his limited language skills – he speaks poor English and no French – would make it hard for him to broker deals among the EU’s 28 leaders, the Council president’s primary job.

David Cameron, the UK prime minister, had also resisted his candidacy last month after the two had fallen out over EU migration issues.That gave…

I only met Herman Van Rompuy once, finding him courteous and professorial, which is maybe not surprising given his low-key personality and taste for composing haiku, but I always felt it unfair the way the British Press ridiculed the former Belgian Prime Minister once he became President of the European Council; even Jeremy Paxman on BBC2’s Newsnight couldn’t resist the red-tops sobriquet for him, « Rumpy Pumpy ». Anyway, his now nominated successor, Poland’s Prime Minister Donald Tusk, is an entirely different creature and should give added weight to the EU Council role. Even David Cameron approves of Mr Tusk (though I shan’t hold that against him). Moreover, it is a good move to have a Pole in this position, as Poland is something of a modern EU success story, as well as being firm on the EU and NATO’s need to stand up to Vladimir Putin’s outrageous Russian expansionism. The other…