The 24-year-old joins from Sporting Lisbon, with Nani moving to the Portuguese club on a season-long loan.

« Playing for the world’s biggest club is a dream for me, » said Rojo, who will wear the number five shirt. 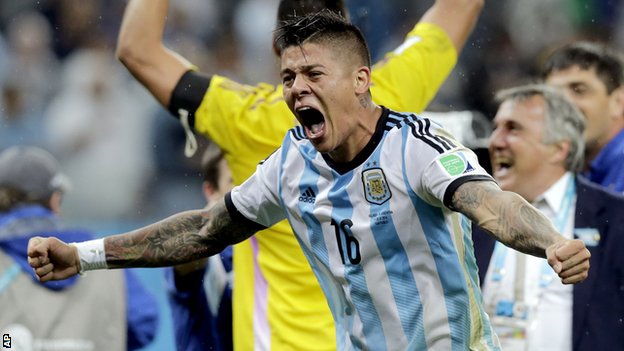 The bedroom is a great place to make an impact…with oversize art. Fewer windows and, often, a tendency to leave the walls blank is an opportunity to add a focal point with one big, grand piece of art.

The above article reminded me of an earlier one from mental_floss:

Bonus points go to Anglophenia for mentioning (and running a photograph of) Jarvis Cocker!

We have all wished we tried a bit harder in little league when we saw the amount of money Alex Rodriguez makes each year. Whether you like him or hate him, at one point he was one of the best players in the league and earned consideration to get paid for it. Most amazing of all, Alex Rodriguez has made about $100,000,000 than the second player on the all-time salary list, Derek Jeter. According to Baseball Reference, Alex Rodriguez has made $353,416,252. Jeter has only made a measly by comparison $253,159,364.

Also on the list of the 100 highest paid players in history are a few who deserved far less what they were paid. The only way any of them are getting to Cooperstown is with a map and a ticket.

No offense to any player on this list. You all made the major leagues and that…

This is the final post in an eight part series on the history of Ebola. For immediate information about how to help prevent the further spread of Ebola and keep yourself safe please consult and share the Ebola Facts website.

As we are well aware, this year the two-decade trend of isolated outbreaks in Central Africa every few years has been broken by a much larger and more prolonged series of cases in West Africa. The outbreak began when a two-year-old child in southeastern Guinea contracted the most deadly species of the virus (Zaire ebolavirus) in early December last year, putting into motion the initially slow and then progressively faster spread of the virus to Liberia, Sierra Leone, and now Nigeria. Unlike the past twenty year’s string of Central African outbreaks that were each unique and separate despite initial speculation otherwise, this year’s West African outbreak does seem…

Three by M.E./Rhymes of the Times